National Day of Prayer in Brenham, Texas has a very short history.  As far as we know, May 2016 was the first time such an event was held at our courthouse.

Billy Sutherland, Pastor of Brenham's Calvary Baptist Church, contacted a number of other Pastors and Churches, and we agreed to have a "downtown" event.

We had approximately 200-250 people, and it was a beautiful day - both spiritually and weather!  We will plan on this being an annual event from now on - First Thursday in May. 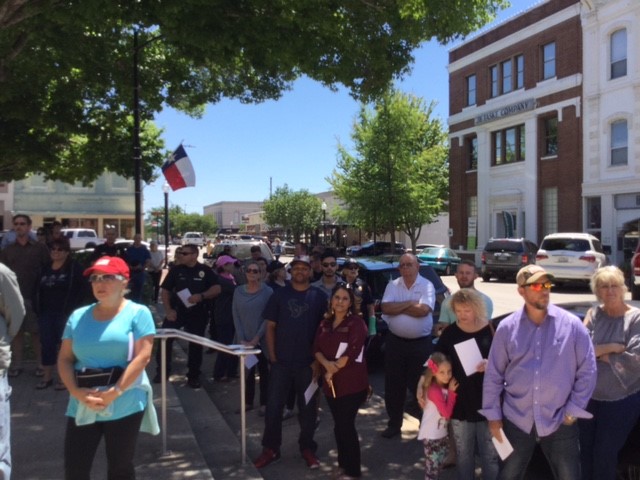 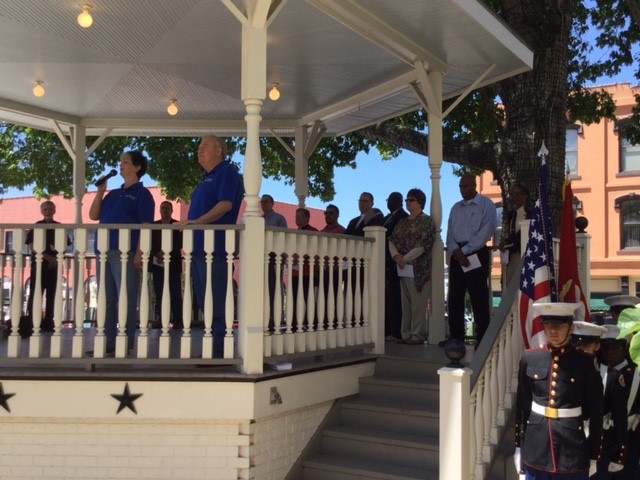 Nationally, the History is much more extensive:

1952: On April 17 a bill initiated by Mr. Conrad Hilton of Hilton Hotels and Senator Frank Carlson of Kansas was passed (Public Law 82-324) that the President of the United States was to set aside an appropriate day each year, other than Sunday, as a National Day of Prayer.

1981: Businessman Joe Mays (Religious Heritage of America), David Bryant and the NPC group meet to cast the first vision for the National Day of Prayer. Contacts were made with the Public Liaison office of the White House to begin planning efforts. 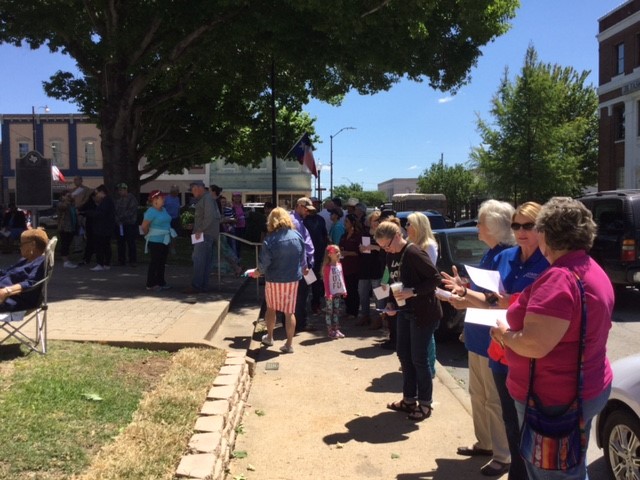 1986:  Vonette Bright and the National Prayer Committee contact Senator Strom Thurmond (R) for guidance on writing a bill that would designate a day for the National Day of Prayer

1987: Senator Thurmond writes the bill then introduces it to the Senate Judicial Committee. It became bill S.1378, which would amend public law 82-324

1988: Rabbi Haberman and Rabbi Tanenbaum express their support of the bill.

1988: Monday, May 5 – the Judiciary Committee in the Senate and the Committee on the Post Office and Civil Service in the House each release the bill for vote

1988: Wednesday, May 7– 4:00 p.m. final confirmation is given that the bill passes unanimously in the Senate (a few days later in the House).

1988: Thursday, May 8 – Ronald Reagan signs into law Public Law 100-307 the designation of the first Thursday in May as the annual observance for the National Day of Prayer

1991: Shirley Dobson accepts the role as Chairman of the NDP Task Force.

1998: Bill Clinton signs into law - Pub. L. 105-225, August 12, 1998, 112 Stat. 1258: The President shall issue each year a proclamation designating the first Thursday in May as a National Day of Prayer on which the people of the United States may turn to God in prayer and meditation at churches, in groups, and as individuals.

2016: Millions will observe the 65th Anniversary of the National Day of Prayer Shirley Dobson's 25th year as Chairman

2016: Shirley Dobson passes the baton, and Anne Graham Lotz accepts the role as Chairman of the NDP Task Force